Category: Big game
Season: All seasons
Color: Brown or dark-brown, depending on the season
Horns: Horn length increases with age, up to 24 inches
Size: Upwards of 2,000 lbs. and 6 ft. tall for males; females weigh up to 1,000 lbs. and are about 5 ft. in height
Price: Click here for pricing information 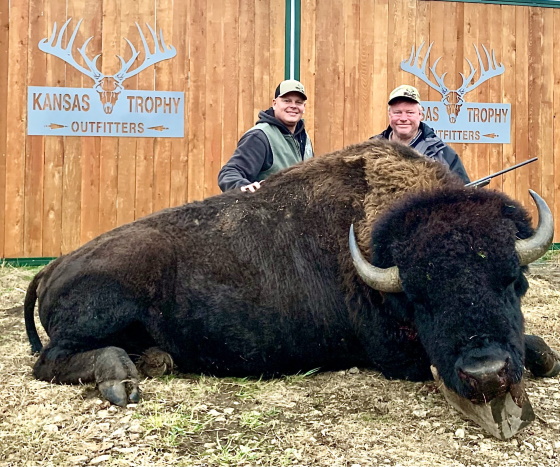 The American Bison (aka American Buffalo) is a large species of ungulate that is native to North America, and is most often found living in herds in plains or prairies where they can graze.

Bison are the largest mammal in North America, with males reaching over 2,000 lbs. and 6 ft. in height. Although large in size, the American Bison is deceptively fast, with a top speed of 35 mph. They can also jump vertically up to six feet in the air.

Traditional features of the bison include large back humps, sharp upturned horns, and shaggy brown manes which thicken in the winter. A bison’s mood can be determined by the position of its tail. If its tail is hanging down, this means the bison is calm. A tail that’s standing up means the bison is alerted to something in its vicinity and might be ready to charge.

The historical significance and sheer size of the American Bison makes this the biggest game in town. It’s sure to be the main attraction in any trophy room.