Fast Facts about the Ankole-Watusi

Category: Medium-sized, exotic
Season: All seasons
Color: Brown or reddish-brown, sometimes with white spotting
Horns: Horn length can reach up to 8 ft. from tip to tip
Size: 4 ft. tall and 6 ft. long; weight is upwards of 1,600 lbs. for bulls and 1,200 for cows
Price: Click here for pricing information 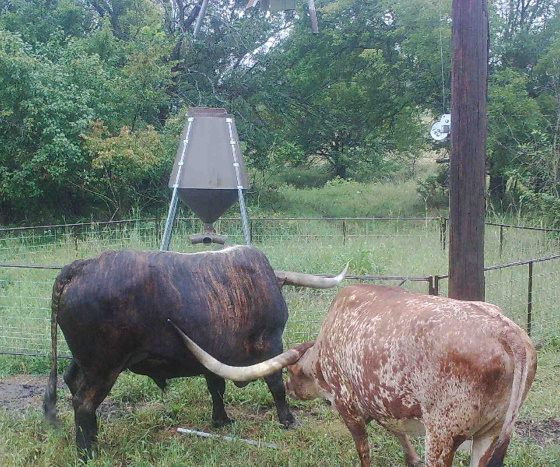 The Ankole-Watusi (aka Ankole Longhorn Cattle) is a medium-sized breed of cattle that originated in central Africa, but has since been brought over and domesticated in America. They are often referred to as “the cattle of kings” due to their regal appearance.

It’s almost impossible to mistake the Ankole-Watusi with any other breed of cattle. Their oversized horns can reach upwards of 8 ft. from tip to tip, and they have the widest horn circumference of any cattle breed, with a record 40.7 inches. These horns come in handy when the Ankole-Watusi needs to herd or protect their young from potential predators.

Like most cattle, the Ankole-Watusi lives in large grasslands or prairies where it can graze on leaves and grass. They require very little water and are able to endure harsh environments, especially those of extreme heat.

The one-of-kind look and massive, wide-set horns of the Ankole-Watusi put this animal in a class of its own as a trophy. You are guaranteed a unique cattle hunting experience unlike any other.