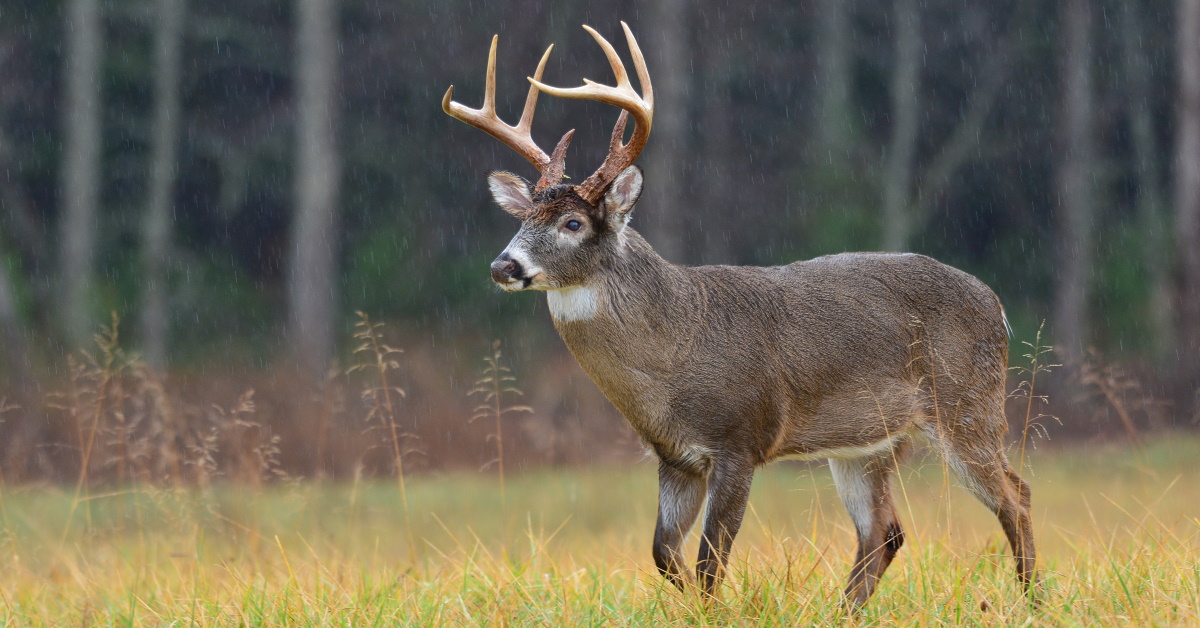 The hunting of whitetail deer in Kansas is something of tradition these days. Every fall, thousands from all over the state book their permits to participate in the annual hunting season. If you’ve been an active hunter of the past two decades, then you may have already noticed that deer numbers – specifically, the whitetail deer – have increased significantly. It didn’t always used to be this way. In fact, deer hunting in the state of Kansas is still relatively new. To fully understand our history of hunting whitetail, we have to go back a couple centuries to the 1800s.

Before modern civilization, most of the Kansas prairieland was populated by elk, antelope, and bison, the latter of which served as a key source of meat and other resources, such as furs and pelts. Bison were easily hunted due to their physical size, slower speeds, and how they traveled in large herds. Deer – and specifically whitetails – remained in the eastern part of the state in the wooded areas. Reports from the early 1800s documented by explorers such as Lewis and Clark, Zebulon Pike, and Capt. George A. McCall described the deer population as being highly dense. However, this all changed as the land started being developed for settling and agricultural purposes. Many acres of the forest were utilized, which displaced many of the animals living there. The result was the destruction of the deer’s natural habitat, thus, drastically thinning out their numbers.

By the early 1900s, deer were considered virtually extinct in the state of Kansas with the occasional rare sighting. Beginning in 1911, a ban was placed on the hunting of all deer for the purposes of allowing them to repopulate. The ban lasted 50 years in the state of Kansas. It was finally when conservation measures took hold (the “Soil Bank” program) and the natural habitat was allowed to replenish that deer numbers finally began to improve. Additionally, there was a migration of deer from neighboring states into Kansas that increased population numbers, and by extension, led to further breeding. In 1965, the deer hunting ban was lifted, but with imposed limits by the state regarding the number of permits and the type of hunting weapons that could be used. Only 5,000 permits were sold with a total of ~1,500 deer being tagged as a result. The number of deer harvested by decade would gradually increase over time. At the very end of the 1900s, it was reported over 100,000 deer were harvested for the first time in history since the implementation of regulated hunting.

Modern-day deer hunting has only been available to Kansans for just over 50 years, which is low compared to other states. In 2021, deer population numbers are as healthy as ever, with whitetail deer now inhabiting all parts of the state, including residential areas. It’s not uncommon to see a family of deer wandering through a neighborhood like Overland Park or Olathe in the middle of the night or early morning. These areas offer deer enough wooded areas for cover while also keeping them away from most of their natural predators, including humans. Deer have also taken to living around farms and cornfields for the ample food source; however, this is ecologically damaging.

The biggest challenge today with the deer population is that they are more numerous than ever, but lacking many of the natural predators they had out in the wild, such as bears and wolves. In order to keep their population numbers in check and nature ecologically balanced, deer hunting is now a necessity. If allowed to overpopulate, the habitat will no longer be able to support their numbers, which will lead to a starvation period among their species. Deer are also a known safety issue among motorists. In 2018, car wrecks involving deer hit a 10-year high. Over 10,000 deer-related wrecks were reported according to the Kansas Department of Transportation.

At Kansas Trophy Outfitters you don’t have a draw for a tag and we guarantee you’ll have an opportunity to shoot a deer. We have over 400 acres of land that provides the perfect habitat for big whitetail bucks. We welcome seasoned hunters and newcomers alike from all over the country. If you’ve always dreamed of taking a trophy whitetail deer, then we’re the hunting preserve for you! Our experienced hunting guides will help you navigate the land, then help you spot and take a shot at your whitetail. It’s the ultimate whitetail hunting experience.

The Best Locations for a Deer Blind

The Best Scopes for Deer Hunting

How to Plan the Planning Your Fall 2021 Whitetail Deer Hunt