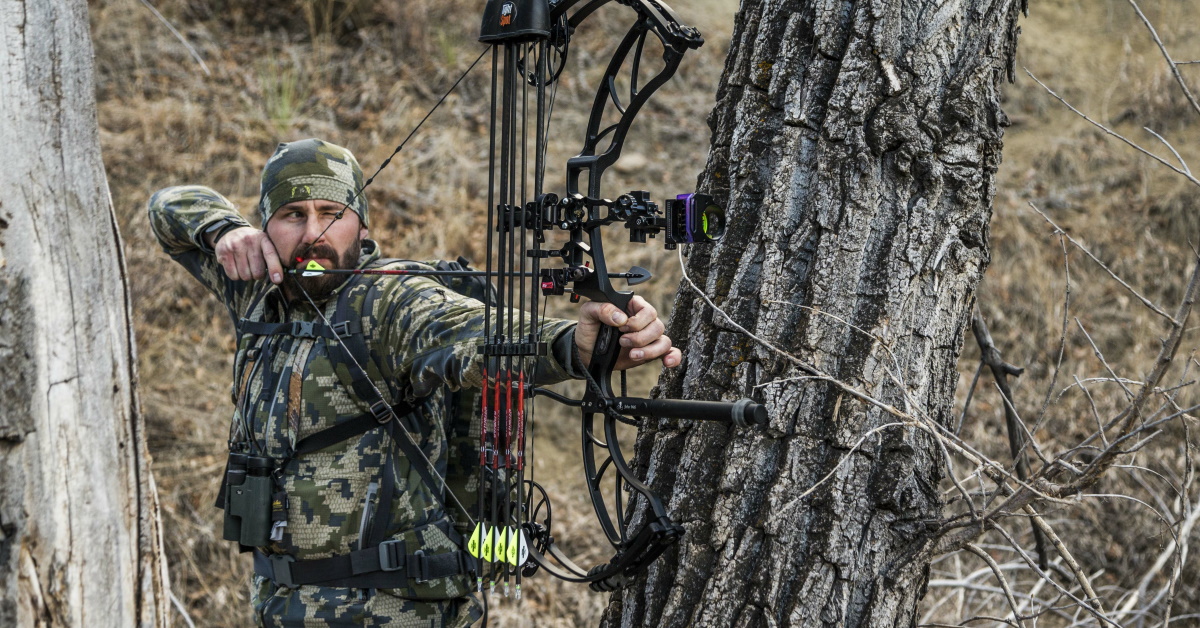 It’s the age-old debate: rifle hunting vs. bow hunting – which is better? Well, that really depends on who you ask, because a case can be made for either one. Both methods are enjoyable ways to hunt and are more than capable of efficiently and ethically taking down whitetail deer and other big game. So, which one holds the edge?

If you’re an experienced hunter, then you probably know that every hunter has their preference on rifle hunting versus bow hunting. Most of the time, their preference is a result of how they first were introduced to hunting, their experiences, what they hunt for and their age. At the end of the day though, bows and rifles each have their own distinct set of advantages.

It’s no big secret that rifles provide an opportunity for a long-range shot. With a bow, the average shot on a whitetail deer hunt is around 20 to 25 yards. When rifle hunting, the average shot on a whitetail deer varies between 50 to 150 yards. A rifle affords the hunter a much wider area of opportunity, which is why it makes it such a popular option with hunters. Also, the rounds of a bullet are far less affected by obstructions such as leaves and twigs. There’s less of a reliance on a “clean shot” compared to bow hunting.

If you’ve ever owned a bow, then you already know there are some parts that are subject to warping or wear, such as the draw string. With a rifle, this is far less common since the construction is mostly wood and steel. They also hold up in inclement weather better. Realistically, a good rifle should last a lifetime just so long as you take care of it.

If you’re ever used a bow before for target practice, you know it’s the kind of weapon where you feel it in your arm the next day. It’s a physically demanding weapon, and the simple act of breathing wrong or shifting your weight mid-shot can cause a huge deviation in accuracy. Rifles, on the other hand, are usually fired only when steadied or braced, requiring less of a physical effort from the hunter.

Pro #1 – It Makes for a More Skilled Hunter

When it comes to bow hunting, you have to learn the finer points of stalking, tracking, and luring prey in order to get within firing range. We’re not going to say that hunting with a rifle is easy, but it’s definitely easier than hunting with a bow. In most hunting circles, bow hunters are considered superior because of what skills they need to master to get in that 50-yard firing range.

Hunting is an expensive affair, and it can really hit the wallet hard if you’re going to the range every week for target practice. Rounds cost money, and so the more you practice, the more cash you’re going to burn through. This is where bow hunting holds a distinct fiscal advantage. The beauty of bow hunting is arrows are sturdy and reusable for multiple shots, which ends up saving you a ton of cash in the long run.

Pro #3 – Easier to Get in Target Practice

Speaking of target practice, bow hunting allows for hunters to get in their target practice in a wider variety of areas than with a rifle. In fact, some hunters can do it right in their backyard, just so long as there’s no safety issue. This means you get to practice more and hone your craft.

Although it’s not like this in every area, most states favor the bow hunter by giving them an extended season. The reason is because they know that bow hunting takes longer and has a higher degree of difficulty compared to that of rifle hunting. This means that bow hunters will get more time out in the field. However, make sure to check your state’s official bow hunting season for specifics.

The great thing about hunting with Kansas Trophy Outfitters is that we cater to both rifle hunters and bow hunters. It’s really a matter of what you prefer. We can set up your next whitetail deer hunt using either weapon of choice.

The other great thing is that you don’t need a license or any special permits in order to hunt on our preserve. That cuts down on all the paperwork and red tape and puts the focus squarely on you getting out in the field so that you can enjoy the hunt.

Book your whitetail deer or other big game hunt with us today!

5 Reasons Fall is the Perfect Time for a Hunting Excursion