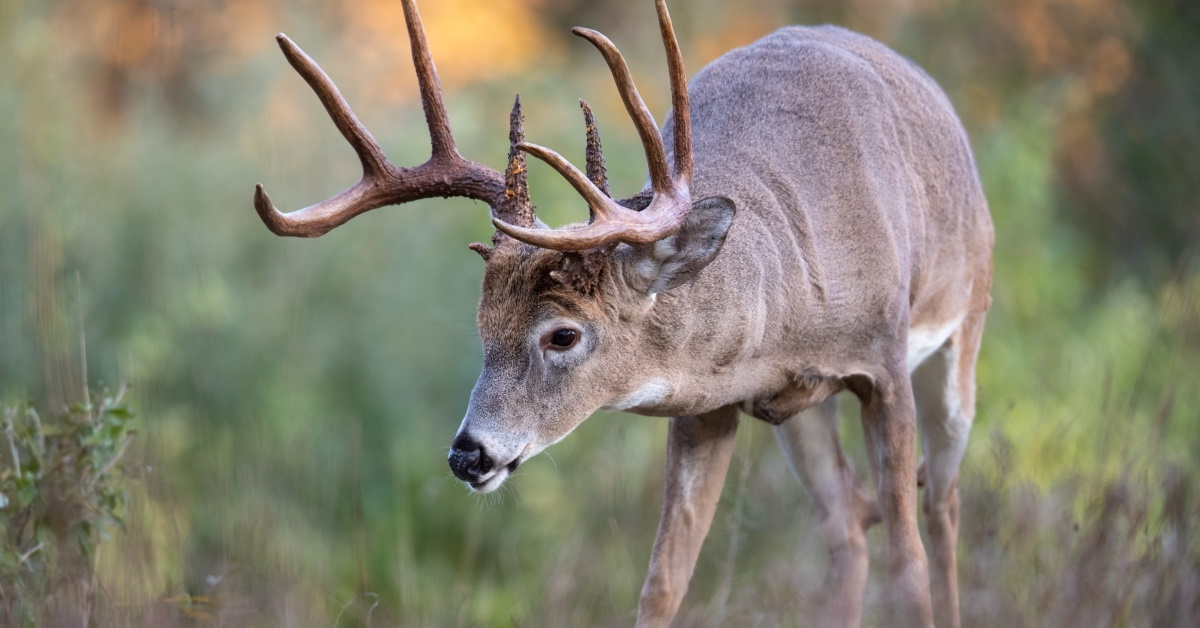 The Difference Between Free-Range and Controlled Environments

The topic of high-fence hunting is one of great debate in the hunting community, but one we don’t shy away from here at Kansas Trophy Outfitters.

Deer hunting in Kansas – or throughout the country, for that matter – is subject to rituals and local customs of the hunters who frequent the land. That is to say, if you grew up being told that free range hunting is the one and only way to tag a whitetail, chances are, you probably haven’t changed your mind. The reason we bring it up is because there’s a fair amount of misconceptions when it comes high-fence hunting, so we thought we’d take the time in this blog entry to set the record straight.

As the name implies, high-fence hunting is when a hunter stalks game on a piece of land that is enclosed by a high fence or other tall structure. The height of the fence varies from state-to-state depending on regulations, however, you can count on this fence to do two things. First, it’s going to keep all the game, usually whitetail deer, inside the property line. Second, it’s going to keep all other deer and any potential predators out.

When you go on a high-fence hunt, you’re guaranteed the game you’re hunting for is on the property. To some hunters, this scenario is too much of an advantage and cheapens the experience, which is sometimes referred to as “canned hunting.” However, high-fence hunting and canned hunting are hardly the same thing.

What is the Difference Between Canned Hunting and High-Fence Hunting?

Canned hunting is corralling deer or other game into a very small enclosed area. In fact, canned hunting isn’t really hunting at all. It’s a point-and-shoot scenario. There’s no real sport or skill involved.

High-fence hunting, on the other hand, still allows the whitetail deer hundreds (sometimes thousands) of acres to roam on. The tract of land is so large that there’s no way to trap or corner the game, and you still have to be able to fire a true shot just as you would in a free-range situation.

Are High-Fence Deer Different from Free-Range?

High-fence whitetail deer mature in a protected environment, but don’t make the mistake of thinking they’re somehow domesticated or easier to hunt. They’re not. Any hunter who has hunted whitetail deer in both high-fence and free-range environments will tell you that there’s no discernable difference in challenge.

The major difference is the diet and breeding environment are more controlled. A landowner can put out feeders filled with nutrient-rich sustenance to make sure the deer on their property matures to their full potential. The fenced-in environment also ensures that no unauthorized bucks come wandering onto the property to breed, which may pollute the gene pool.

One misconception is that the whitetail living in high-fenced areas are all unnaturally large from their controlled diet and breeding, which is not the case.

What Are the Benefits of a High-Fence Environment?

The main benefit of a fenced-in environment is that the deer population is controlled, both in population numbers and the maturity of the deer. Most natural predators will be kept out of the property, meaning there will be little to no unauthorized kills. This also means there is no unauthorized hunting as well.

Another huge benefit of a high-fence environment is that it keeps deer off of public roadways. Each year there are approximately 1.5 million deer-related car accidents, which results in costly vehicle damage and personal injury. Finally, keeping whitetail deer fenced in means they’re not feeding off the crops of any nearby farms.

Finding public hunting land with a prosperous whitetail deer population can also be challenging. Many public hunting grounds are over hunted and the good spots can be hard to find. Plus it takes extra time to scout locations and hunters have to consider animal population, access, shot openings and appropriate areas for their treestand or blind. That’s why many hunters choose to lease private land to hunt. Leasing hunting land can be a good idea but it’s expensive and hunters still have the challenge of finding good land.

At Kansas Trophy Outfitters we maintain a 400-acre high-fenced hunting preserve consisting of mature whitetail deer and large big game bucks. We also have large and exotic game such as Ankole-Watusi and American Bison. The best part about working with a hunting outfitter like Kansas Trophy Outfitters is that you get to select the game you want to hunt, and we make your dream into a reality.

You don’t have to file for any permits or licenses with us. You don’t even have to own any firearms or hunting gear. The team at Kansas Trophy Outfitters can provide all of that for you, which makes our experience perfect for first-timers who have never experienced the thrill of the hunt before.

Accommodations are also available for those that need a place to stay during their hunting excursion. Kansas Trophy Outfitters has some of the best hunting lodges in the state.

Get in touch with us through our contact form to book your whitetail deer hunt today.