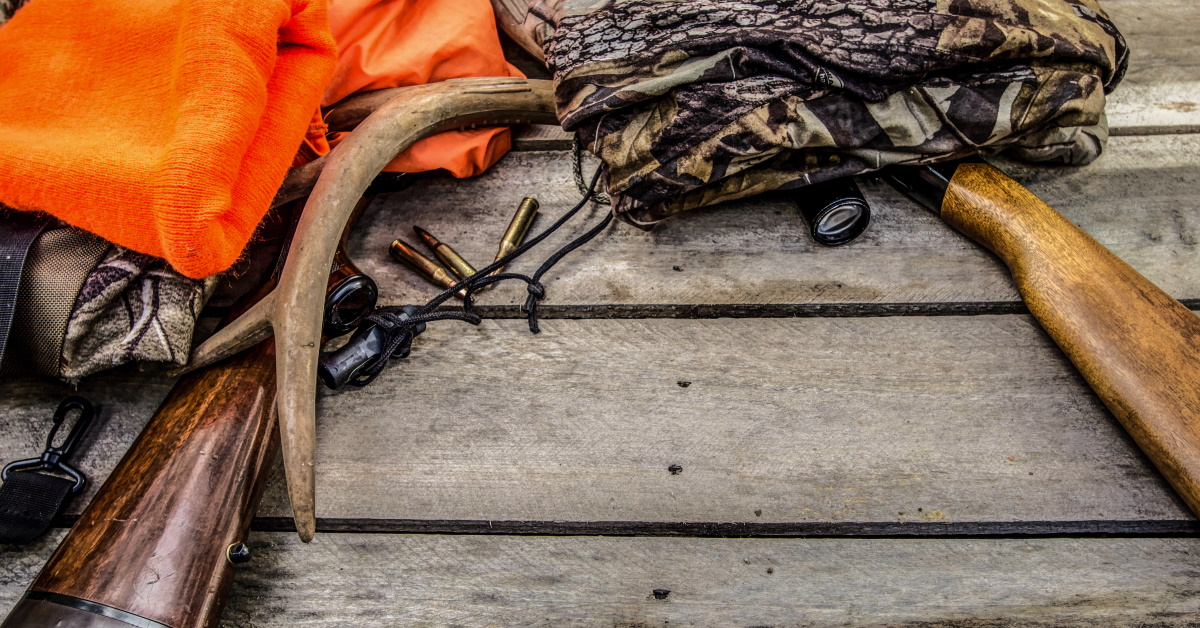 Here at Kansas Trophy Outfitters, we love to talk about hunting. You don’t get into this business without forming an opinion about which rifles, equipment, and tactics reign supreme. When it comes to which ammunition is best for hunting whitetail, we have more than a few recommendations on the matter. Ultimately, it comes down to reliability, power of the shot, and what gets the job done out there in the open field. Here are our top five recommendations for the best ammo for whitetail deer hunting.

The .270 Winchester is going to make a lot of industry “best of” lists, and there’s a good reason for that. First and foremost, it’s an incredibly effective brand of ammo that has been used by hunters since the 1920s. It’s earned the lion’s share of brand loyalty and continues to be a top-seller year after year, especially among whitetail hunters. The .270 Winchester travels 3,060 feet per second and can produce 2,702 ft.-lb of energy, meaning that it can be used to take down elk, mule deer, and other large game.

This is a great choice of round for virtually any shot distance or angle the hunter faces. It’s a reliable round – plain and simple – which is why hunters keep coming back to it.

When you ask a hunter about what cartridge has the most versatility, you have to define what makes a cartridge versatile. First, it has to be able to take care of those unwanted pests and small game that may be lurking around your property. You also want your ammo to be able to take down medium-sized game such as whitetail deer.

Fortunately, the .243 has the capacity to do both, which is why many hunters refer to it as a “dual-purpose” cartridge. The 100-grain variety – intended for use on larger game – travels at 2,950 feet per second and produces 1,945 ft.-lb of energy, which is more than enough to take down a whitetail. The .243 Winchester is an excellent round for hunters who want enough power to get the job done without all the recoil.

Originally created for elk hunting, the 7mm Remington Magnum was released in 1962 and found almost immediate success. This is the type of ammo that shoots flat and hits hard. The 140-grain variety travels at 3,110 feet per second and produces 3,006 ft.-lb of energy, meaning it packs more than enough punch to take down any size of mature whitetail without sacrificing much on accuracy.

Hunters who need to be able to make that 200 to 300 yard shot in less-than-ideal conditions turn to the 7mm Remington Magnum, a crowd favorite among many seasoned hunters.

Introduced to the market in 1969 by Remington, the .25-06 has been called some of the best quarter-bore ammunition you can use for whitetail, antelope, and mule deer hunting. Adding to its versatility, it’s also great for coyotes and small game varmints.

This ammo features a .30-06 case necked down to a .257 caliber and is great for long-range shots without being too tough on the shoulder. It travels at around 3,200 feet per second and produces 2,302 ft.-lb. of energy, making it the ammunition of choice for open country hunts in flat states such as Kansas, Texas, and Oklahoma.

The thirty-aught-six is ol’ reliable. You really can’t go wrong with it, and it’s been the ammo of choice among hunters for nearly six decades running. That’s why it’s wrapping up our top five list of best ammo for whitetail deer hunting.

It’s got a little bit more kick than what the average hunter probably cares for, but it’s not going to knock your shoulder out of the socket. Part of the appeal of hunting with the aught-six is that it’s an old school tough guy type of round, and it’s tailor-made for taking down whitetail and other game. The 165-grain variation moves at a velocity of 2,800 feet per second and produces 2,872 ft.-lb of energy. It’s a solid bullet that many hunters have grown to love during its celebrated history.

At Kansas Trophy Outfitters we have a large selection of ammo and rifles for your next deer hunting excursion. With more than 350 acres of hunting land, we provide the perfect habitat for big whitetail bucks, and you don’t have to draw a tag in order to get an opportunity to shoot one. KTO welcomes seasoned hunters and newcomers alike from all over the country.

If you’ve always dreamed of taking a trophy whitetail deer, then we’re the hunting outfitters for you! Our experienced hunting guides will help you navigate the land, spot, and take a shot at your whitetail. It’s the ultimate whitetail hunting experience, just south of Topeka, Kansas.

The Ins and Outs of Exotic Hunting in Kansas

Your Comprehensive Guide to Ram Hunting in Kansas