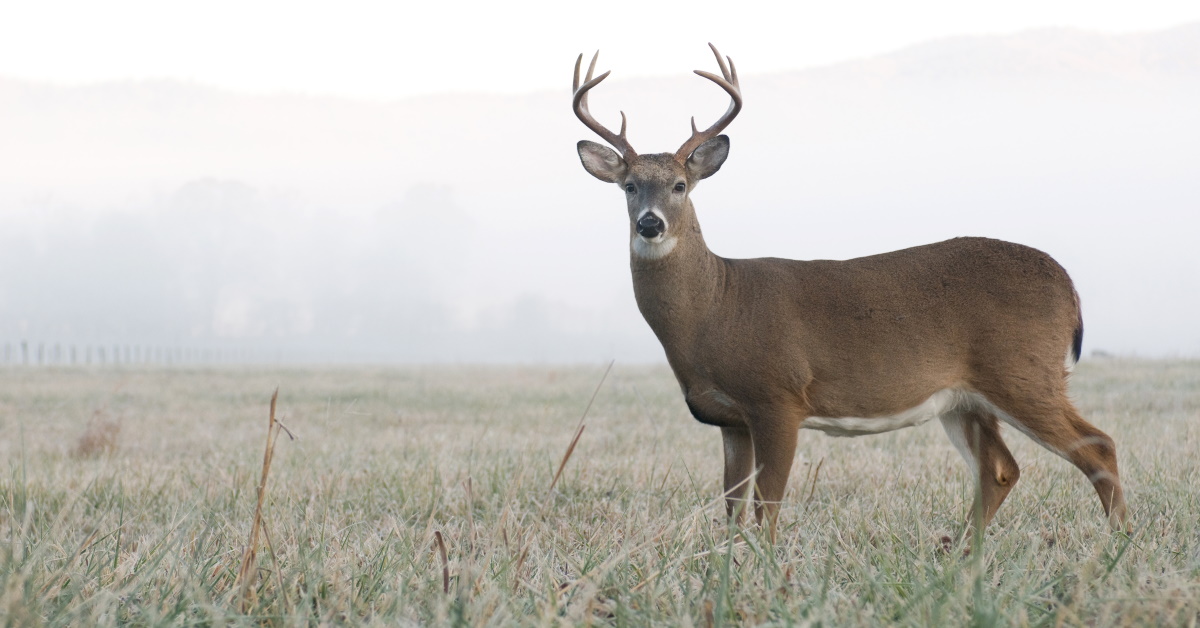 The Positive Effects of Regulated Hunting in Kansas and Beyond

If you’ve ever wondered how we’ve arrived at a point where whitetail deer hunting in Kansas is so strictly regulated, then a little history lesson is in order. Back in the 1800s, there weren’t any rules for fishing and hunting that extended beyond killing game on other people’s land. Besides that, it was pretty much a free-for-all. You could hunt all the turkey, deer, or other game you could line up in your sights and shoot. This, of course, led to a problem with multiple species. The amount of hunting was far exceeding the amount of wildlife population. Thus, people began to see the numbers thin out for certain animals.

The Whitetail Deer Problem in Kansas

To give an example that’s specific to the state of Kansas, whitetail deer were considered virtually extinct by the early 1900s due to the massive amount of unregulated hunting in combination with deforestation. Many deer were either getting killed by hunters or displaced by development for agricultural purposes. Deer numbers dwindled to the point of their species being virtually extinct. It wasn’t until a hunting ban was placed on deer in the state of Kansas that those numbers would eventually rebound. It took fifty years before any sort of hunting of whitetail deer was allowed again, and even then, it had to be carefully regulated by the stage with the usage of tags issued in limited numbers to hunters.

Fast-forward to current day, and the deer numbers have never been healthier. However, it took a massive wildlife conservation effort to get us to this point. Additionally, the hunter now plays an active continuous role in making sure whitetail deer numbers don’t get out of control. If hunting all of sudden stopped, whitetail deer would become too numerous and they would lack sufficient food resources to survive. Hunters MUST keep their numbers in check or else the population will balloon.

Controlling animal population isn’t a new idea by any means, but one that’s often been contested by those that believe animals are best left to their own devices. Theodore Roosevelt, an avid hunter who founded the National Wildlife Refuge System in 1903, was quoted saying, “In a civilized and cultivated country, wild animals only continue to exist at all when preserved by sportsmen. The excellent people who protest against all hunting, and consider sportsmen as enemies of wildlife, are ignorant of the fact that in reality the genuine sportsman is by all odds the most important factor in keeping the larger and more valuable wild creatures from total extermination.”

In summary, the hunter plays an essential role in making sure that wildlife populations are kept at appropriate levels, which is a key element of conservation. After the extinction of the passenger pigeon and the near-extinction of the bison and whitetail deer in the early 1900s, humans began to realize how much of an effect they had on the wildlife around them, whether that be hunting, deforestation, or the environmental impact made via new development and manufacturing.

Hunter and conservationist Aldo Leopold was the founding father of modern-day animal and wildlife conservation. He was a large influence in shaping what is now known as the North American Model of Wildlife Conservation. Some of the key principles include:

In keeping with the state’s conservation efforts, Kansas Trophy Outfitters proudly offers high-fence hunts for whitetail deer and all manner of large and exotic game in an entirely legal and safe setting. Since Kansas Trophy Outfitters is on private land, our staff personally maintains the population of whitetail deer, ram, sheep, and all other game our customers wish to hunt. Our guided hunting tours play a role in our state’s wildlife conversation.

Hunting in Kansas has never been easier to arrange with our year-round hunting seasons. Kansas Trophy Outfitters guarantees that you’ll have an opportunity to tag the whitetail deer or other large/exotic game you’ve selected. All you need to do to get started is provide us a few bits of information regarding your party, dates, and the type of game you want to hunt.