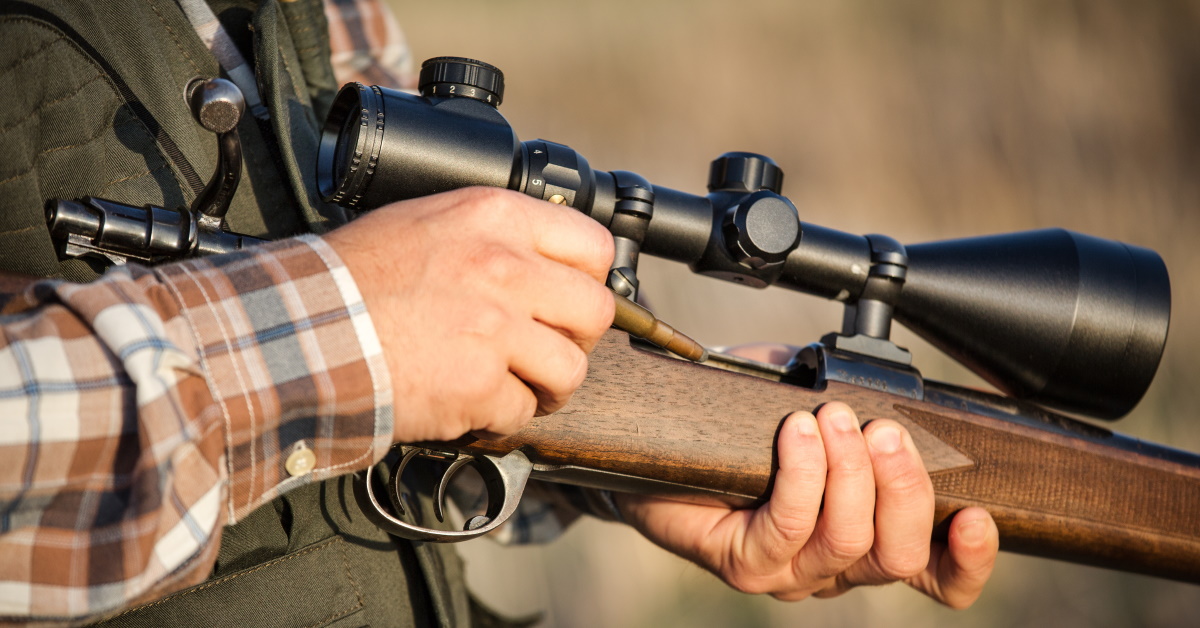 At Kansas Trophy Outfitters, we’re known for high fence whitetail deer hunting experience, but we also conduct several different types of ram hunting excursions as well. In fact, we currently offer four different types of guided ram hunts that can be done on a year-round basis. Obviously, we’ve done and seen a lot of ram hunting here at KTO, which means we’ve tried out all manner of ammo and hunting styles to take them down. When it comes to big game hunting in Kansas, there’s a lot of debate over which type of ammo is the best. Although there’s not a clear-cut “winner” when it comes to ammo since it really comes down to preference, we have narrowed things down to a top three. The following are three types of ammo you can’t go wrong with on your next ram hunting expedition at Kansas Trophy Outfitters.

The .224 Valkyrie is a new type of hunting cartridge that was introduced in 2018. Although new to the game, it’s already made a lasting impact in the world of deer and ram hunting. The intention of the .224 Valkyrie was to roll out a bullet that is longer, heavier, and more aerodynamic than its main competitors, such as the .223 Remington. The result is a bullet that is flat in trajectory and is also highly resistant to adverse wind conditions and drafts. It’s proven to be great for long-range shots. In fact, the .224 Valkyrie maintains supersonic flight past 1,300 yards, which makes it a great choice for long-range shooters who like to hunt ram in open spaces. However, with ram hunting specifically, you might not need to be able to cover that much distance with one shot.

The muzzle velocity on the .224 Valkyrie is 2,700 fps for a 90-grain round. This is the kind of bullet that can handle deer, varmints, and anything in between – including ram. Inside 500 yards, the performance between the .224 Valkyrie and the .223 Remington might be unnoticeable to the average hunter. Beyond that 500-yard marker, you’ll notice the .224 holds steadier due to the 1:7” twist rate, which keeps the round stabilized for longer distance shots.

The .223 Remington originally launched as a military round, and then was later modified for civilian use in the early 1960’s. The .223 is now one of the most popular cartridges being used for ram, deer, and other medium to large-sized game. Its versatility has made it hugely popular amongst hunting outfitters in Kansas. Many guided ram hunts end up going with the .223 Remington because it offers basically everything a hunter needs out of round: power, speed, and deadly accuracy.

Expect a high muzzle velocity out of the .223; the typical 55-grain round will travel around 3,100 feet per second. However, it should be noted that even though the .223 is a high-performing bullet, you’re going to see some slowdown once you’re downrange. Once you’re past 100 yards, the speed is going to sink to about 2,785 fps. If you’re stalking your game closely this won’t matter much though. Guided ram hunts usually get the hunter within close range. Also, unlike the .224 Valkyrie, the .223 Remington is generally better stocked amongst hunting outfitters, which makes it a more affordable option.

If the .270 Winchester feels like it’s been around forever, that’s because it has been. Since 1923, to be exact. That means this round has had ample time to make a name for itself in the hunting community. .270 Winchester’s 90-grain rounds are perfect for taking down coyotes and small varmints. For ram and deer, we tend to go with the 130-grain round, which is the more typical bullet size for medium to large-sized game. The muzzle velocity on the .270 Winchester is going to clock in between 3,000 and 3,100 fps.

Since the .270 is a larger cartridge than the .223, that means you’re going to get better performance out of it downrange for those long-distance ram shots. At 400 yards the .270 Winchester is going to be traveling at around 2,246, which is faster than the .223 which will be going around 1,959 fps.

Kansas Trophy Outfitters is happy to host your upcoming guided ram tour for you and your group of hunters. If you’re looking for big game hunting in Kansas with an experienced crew, then you’ve come to the right place. We work with both seasoned hunters and newcomers alike to make your guided ram hunt one to remember.

All you need to do to get started is provide us a few bits of information regarding your party, dates, and the type of game you want to hunt. Remember, here at Kansas Trophy Outfitters we guarantee that you’ll have an opportunity to tag the ram you came to find. We also do year-round hunting, so there’s no need to worry about being in the right season.

Rifle Hunting vs. Bow Hunting: The Pros of Both