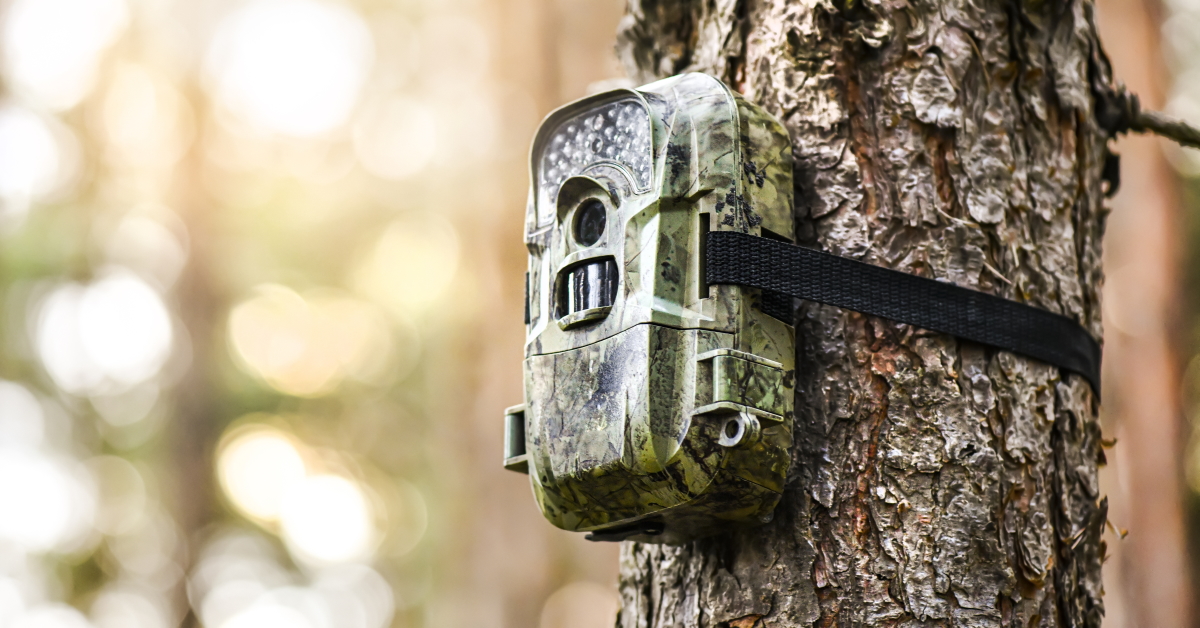 The Top Brands and Highest Rated Hunting Trail Cams in 2021

When it comes to whitetail deer hunting in Kansas, there is still so much to be learned about how they operate in their natural habitat. Questions like “where do whitetail deer congregate to feed?” and “which whitetail deer are the most mature of their herd?” are just a couple of the common questions that are asked. As experienced whitetail deer hunters already know, most of the hunt transpires before any shots are actually fired. The trophy is the pay-off to a lot of front-end work, study of prey, and the patience and stealth required to get in the vicinity to fire off a clear shot. So, imagine if you had a way of getting to know your prey before you actually went out to hunt it.

This is where trail cams come into play, also known as nature cameras or camera traps. As you probably gathered by the name, this is a remote way of capturing wildlife on video in their natural habitat. With camera technology finally being what it is today, trail cams have proven to be effective in getting high-quality images that most hunters are unable to get themselves. For those that have tried to photograph whitetail deer only to spook them away – trail cams are a great alternative to standard photography methods, which can be laborsome.

Another thing that makes camera traps so easy to use is they are triggered by either motion or a change in heat (such as the temperature given off by a whitetail deer). That means your trail cam sits on idle until something comes along to trigger it.

When it comes to choosing a trail cam, a good rule of thumb to follow is “you get what you pay for.” In that respect, it makes it quite similar to choosing a rifle. When shopping for one, ask yourself the following three questions.

Choosing a trail cam is only difficult because there is so much selection out there on the market, and it’s only getting more advanced with each passing year. To get you started on your shopping process, we’ve selected three trail cams from established brands that capture fantastic images and can accommodate any budget.

This camera takes 30-megapixel images with 1080p video resolution. The Bushnell will take up to 60-second video clips and has a storage capacity of up to 32GB. It records at night (up to 80ft), captures audio, and is completely waterproof. The Bushnell also features two image sensors – one for day and one for nighttime. With no noticeable LED lights, this is a highly covert camera. You won’t have to worry about spooking your game away.

This camera takes 30-megapixel images with 4K 3840 x 2160-pixel video resolution, which puts it on the high end from a resolution standpoint. The Stealth Cam DS4K can take up to 180-second video clips and has the storage capacity of up to 32GB. It also features night vision (via infrared), audio recording, and a burst mode that will take between one and nine images. If there’s any downside to this camera, it’s that it requires a dozen AA batteries.

This camera takes 20-megapixel images with 1280 x 720-pixel video resolution, which makes it a slightly lower resolution than the Bushnell and Stealth, but still very good. It stores up to 32GB using SD or SDHC cards, can operate at night, and features audio recording. The Spypoint uses what’s known as “super low glow,” which means that it can illuminate the field your subject is in without scaring it out of frame with the light. The Spypoint is considered a great mid-range camera for those that don’t want to shell out more than $100.

The beauty of going on a guided trail hunt with Kansas Trophy Outfitters is that we know the lay of the land. We’ve been on the same private 400-acre hunting reserve for years, so we have plenty of experience reviewing trail cam footage of whitetail deer, elk, and other big and exotic game. When you hunt with KTO, you’re guaranteed to see your game and get a completely clear shot at it so that you can bag your trophy.

To book your hunt, all you need to get things started is to provide a little information about you, the type of game you want to hunt, and the dates you’re looking to do it. For those coming in from out of town that want to make a long weekend out of it, Kansas Trophy Outfitters has a huge hunting lodge that can accommodate large hunting parties so that you can relax and unwind in between hunts. We can even review trail cam footage with you.

Tips for Hunting in the Kansas Summer Heat