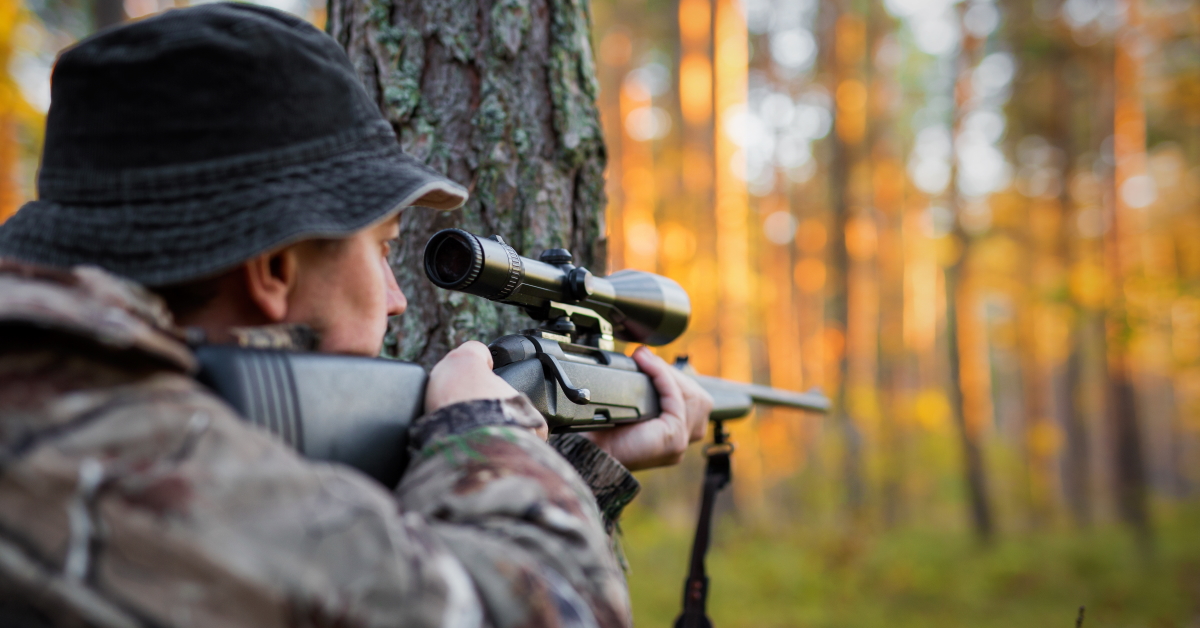 Tips to Ensure that Your Next Shot is Right on Target

As any seasoned hunter knows, one of the most critical aspects of Kansas hunting is ensuring that your rifle shoots right on target. If you’re unable to hit a paper target during your practice shots, it’s highly unlikely you’ll be able to hit your target while deer hunting. That can be frustrating when you’ve sat in a blind for several hours only to miss your shot when it mattered most. It most likely means that your weapon wasn’t appropriately zeroed in, which is the term used to describe a rifle being accurately aligned with its sight or scope apparatus. It’s a very common problem that hunters deal with on an ongoing basis. However, there are several measures you can take to get your rifle to fire true to aim. Go through the following steps to ensure your next high fence hunting experience is a successful one.

Before you begin the process of zeroing your weapon, first, you’ll need to make some choices regarding your sighting, your ammo, and the distance you plan to use for zeroing. The goal here is consistency, so it’s important that you feel confident about your choices so that you don’t wind up changing something and need to start the entire process over.

First, choose which sighting apparatus you’re going to use. You have one of three choices, which include

Next, you’ll want to choose your ammunition. Chances are, you already have one that you’re partial to. The reason it’s important that you don’t change ammo during the zeroing process is because different rounds have different weights and shapes. For instance, a flat tip round is going to fly differently than a round tip.

Finally, you’ll want to choose a distance to use for zeroing your weapon. The best way to do this is by estimating the distance that you intend to shoot from during deer hunts or other trophy hunting. If you think you’re going to be around 100 yards, set your paper target up at 100 yards for the zeroing process.

Before zeroing your weapon, first you’ll need to get your rounds on paper. This is a critical step because without getting rounds on paper, you won’t have any information to use to make adjustments. To do this, use a laser bore sighter, which is essentially a laser pointer that can be placed in the chamber of the rifle or on the end at the muzzle. Once you turn it on, you should be able to adjust the sights as necessary so that they align dead-center with the red dot. Keep in mind that bullets don’t travel in a straight line, so this is merely a way to get you on paper so that you can further adjust your aim.

Remove the bore sighting equipment from the rifle and load with ammo. Before firing, you should have a firing position and set-up that allows you to remove as many variables as possible. Use either a shooting rest, sandbags, or a bipod to stabilize the weapon. Also make sure you’re using proper firing mechanics. Fire three shots. If you’ve done everything correctly when bore sighting your rifle, all three shots should be on paper. They will more than likely be inaccurate, however, all that matters at this point is that they’re on paper.

For zeroing the rifle, you’ll want to make sure that your firing position remains stable and consistent by using the same set-up as you had during bore sighting. Aim for the center of the target and fire three rounds. Even if these rounds don’t wind up in the center of the target, they should at least be tightly grouped together, which means you’ve established consistency. If they are not firing consistently, it means you’re not using good firing mechanics or your firing set-up isn’t stable. Keep trying until you manage to establish a tight grouping of shots.

Once you have established a tight group of shots, you can begin adjusting your sights. Scopes and magnifying sights have two knobs, one for windage (right to left) and one for elevation (up and down). For example, if your grouping of shots is to the left of your intended target, you will want to adjust the windage knob to the right.

Remember, each square of the paper target is one square inch. Each click of the windage or elevation knob is one-quarter of an inch. For instance, if your original grouping of shots was two inches over to the right and one inch below the target, you would need to adjust your windage knob eight clicks to the left and your elevation knob four clicks vertically.

Once you have adjusted your sight based upon your original grouping, fire another three rounds of shots. This grouping should be much closer to the target than your previous one now that you’ve made adjustments. If they’re not, then that means you adjusted incorrectly or that you’re using improper firing mechanics. Again, it’s important that you’re firing consistently in order for the zeroing process to work.

As one of the most renowned hunting outfitters in Kansas, our 350-acre high-fence hunting environment is the perfect destination for deer hunts and guided hunts. In fact, we’re one of the few Kansas deer hunting outfitters that is open year-round, requires no special licenses, and actually guarantees that you’ll get a clear shot at your trophy. You also get the added benefit of having your very own hunting guide who will show you the lay of the land, help carry gear – and yes – can assist you in getting your rifle zeroed in.

Take the first official step by booking your hunt. Remember, Kansas Trophy Outfitters offers both big game and exotic animal hunting for all experience levels of hunters. Whether it’s your first time or thousandth time hunting, KTO has everything you need to ensure you have the thrilling experience you’ve been searching for.